Pablo Emilio Escobar Gaviria (december 1, 1949 - december 2, 1993) was the most famous drug lord of the world who at the height of his career, supplied about 80% of the cocaine smuggled into the us. Known as "the king of cocaine", he was the wealthiest criminal in history, with an estimated known net worth of us $30 billion by the early 1990s, and approximately us $50 billion when including money that was buried in different areas of Colombia

When it became clear to Pablo Escobar that he had to surrender to colombian authorities, he made a deal which allowed him to spend his “confinement” at "La catedral". it was a prison situated high above the honey valley southeast of medellin (and near his home base of envigado), overlooking the city of medellín in Colombia.

It was 1991, a particularly difficult time for Escobar who had personally caused so much damage to his country and its citizens. A group known as Los pepes (short for “people persecuted by Pablo Escobar”) had formed with one essential task in mind, to seek revenge against Pablo and his associates. True to its purpose, this group would eventually assassinate more than 300 of Escobar’s friends and family. Then there was the cali cartel, a rival drug-cartel whose mission was to eliminate Escobar (and end his standing in the drug-lord world). Beyond all of that, the government was charging and convicting other people involved in the colombian drug trade.

After negotiating for six months, Pablo and the colombian government reached a deal. His negotiated deal would help Escobar avoid what he feared the most, extradition to the United States where he could not bribe judges, prison guards and all manner of other people who were supposed to be part of a fair system of justice. In addition to the facility being built to Escobar's specifications, he was also given the right to choose who would guard him, believing to have chosen guards only loyal to him.

The finished prison was often called "Hotel Escobar," or "Club Medellín", because of its amenities. It had a soccer field, a giant doll house, a bar, jacuzzi, and a waterfall. Escobar also had a telescope installed that allowed him to look down onto the city of Envigado to his daughter's residence while talking on the phone with her.

Escobar from there kept to do his deals; after four of his men had a major dispute over money, Escobar ordered that they be tortured, then killed. This event reached the colombian authorities who decided to move Escobar to a military jail. Escobar was guaranteed that it was a temporary solution until "La catedral" could be made more secure. Escobar did not believe that.

After thirteen months at his scenic place in the mountains, Escobar escaped. With the colombian national army surrounding the facility, Escobar simply walked out the back gate.

The country placed a bounty on Escobar of $ 6 million.

Escobar was killed a year later, on december 2, 1993, in a shootout with members of search bloc when he was found hiding in a middle-class barrio in Medellín.

Within the decade after Escobar left his cathedral in the mountains, people began taking parts of it away. For some it was a way to have a souvenir from the Escobar era.

in 2007, a group of benedictine monks began to use the disintegrating mansion. Envigado city officials allowed the monks to purchase the property so they could turn it into a place where poor and elderly people of Envigado could have a home.

It is used, for that purpose, to this day. 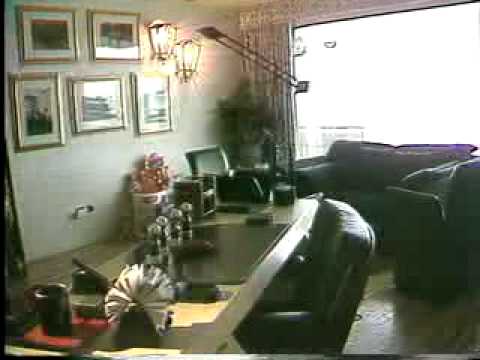 on the plaque: list of all people killed by pablo escobar or his men (inside the small chapel there are more plaques)